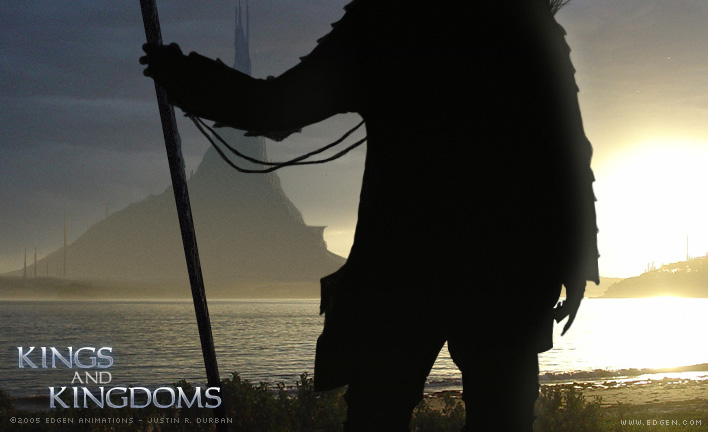 Kings and Kingdoms – Episode I of III
“ELESS”
By: Justin R. Durban

Tagline:
“A grain of sand on an island Kingdom”

Logline:
On a distant off-world Island, a cruel leader betrays and murders the son of a powerful barbaric alien race throwing off the symbiotic balance within the Island’s Kingdoms. A young boy, only knowing war and hate, grows up protecting his land eventually questioning the actions of his over-zealous King in fears that his world will vanish from this brutal and rapidly evolving race seeking an unstoppable and obsessed vengeance against all mankind.

Kings and Kingdoms is a massive Film Scoring and Film Production Project by Justin R. Durban that has grown and grown since 2005..